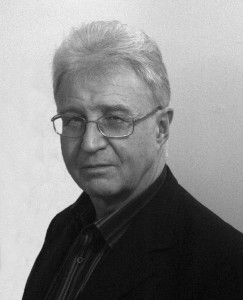 Douglas Moffitt is, like The IRS Report’s other contributors, a successful investor in his own right. For nearly two decades he has also been Editor-in-Chief of the Successful Personal Investing course run by the publishers of The IRS Report. Parallel to his successful career as financial editor at London’s premier talk radio station LBC, followed by a term as Sky News’s financial commentator, Douglas built up a private business, which he sold in 2006. This has provided substantial capital, which Douglas aims to invest along lines that he successfully applied to his mother’s investments in her retirement.

Essentially, Douglas’s approach is to secure a rising stream of dividends and not to rely on capital gains to provide his retirement income. This will often involve buying shares in well-run businesses in unfashionable sectors. The main proof that they are well-run that Douglas looks for is a record of steady growth in dividend payments over a period of many years. Surprisingly few companies meet this quality test, but it provides convincing evidence that a business can withstand all the vagaries of the business cycle.

Some of his shares will be out of fashion companies where negative factors may have pushed its price down to the level where the initial dividend yield is well above the market average. Others may have low starting yields but prospects for above average dividend growth. Long term Douglas believes dividend growth will be matched by capital growth, but this is an entirely secondary investment aim.

Douglas’s approach is eminently suited to those aiming to hold shares to provide retirement income – including those using drawdown schemes in Self Invested Personal Pension Schemes. The Rising Income Retirement Portfolio appears quarterly, describing the quest for inflation beating income. This £100,000 portfolio has consistently achieved its aim, and at the same time seen a capital appreciation of over 40%.

I think I have learned only four things over my 40-plus years of investing and writing about investing. But they are things I believe many investors would do well to apply to their portfolios.

Firstly, time is more important than timing. Secondly, no one has as much incentive to manage my money properly as I have. Thirdly, markets always over-react and I am not clever enough to call tops and bottoms. Fourthly, the City is full of mostly overpaid lemmings.

What I conclude from this is that I must be my own investment manager for the years when my standard of living will be funded by my skill in creating a rising investment income.